We were delighted to have been invited to host the Local Elections and the European Elections in May 2019.

Dedication and Formal Opening of the new Church Hall – the Croft

On Wednesday 20th September 2017 a congregation of 200 gathered in St Hilda’s for the ceremony of Dedication of our new Church Hall.

The congregation  were welcomed by Fr Croft. 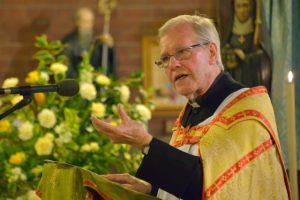 The New Hall was blessed by the Bishop of Beverley and formally opened by the Lord-Lieutenant of Greater Manchester, Mr Warren Smith.

Guests included Sir Norman and Lady Stoller, the Mayor of Bury and Consort, representatives from the University of Bolton and local Councillors.

The Hall is to be called ‘The Croft’ in recognition of the many years of dedicated service to the Parish by Father Ronald Croft from 1971 – 74 and from 1996 to the present.

It was a joyous occasion as members of the congregation were joined by the Whittaker Lane community, members of our Deanery clergy and priests from Forward in Faith to mark this momentous event.

The evening was rounded off with a sumptuous buffet where guests from the St Hilda’s of today were able to share stories and reminiscences with former members of our little community.

The photographs below show the Bishop of Beverley preaching and the Lord-Lieutenant addressing the congregation prior to him officially opening the building. 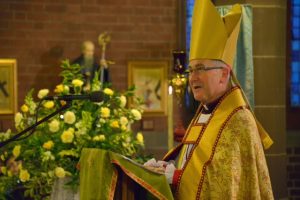 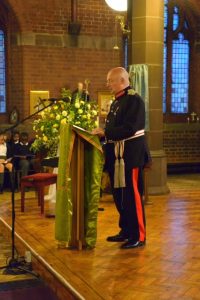